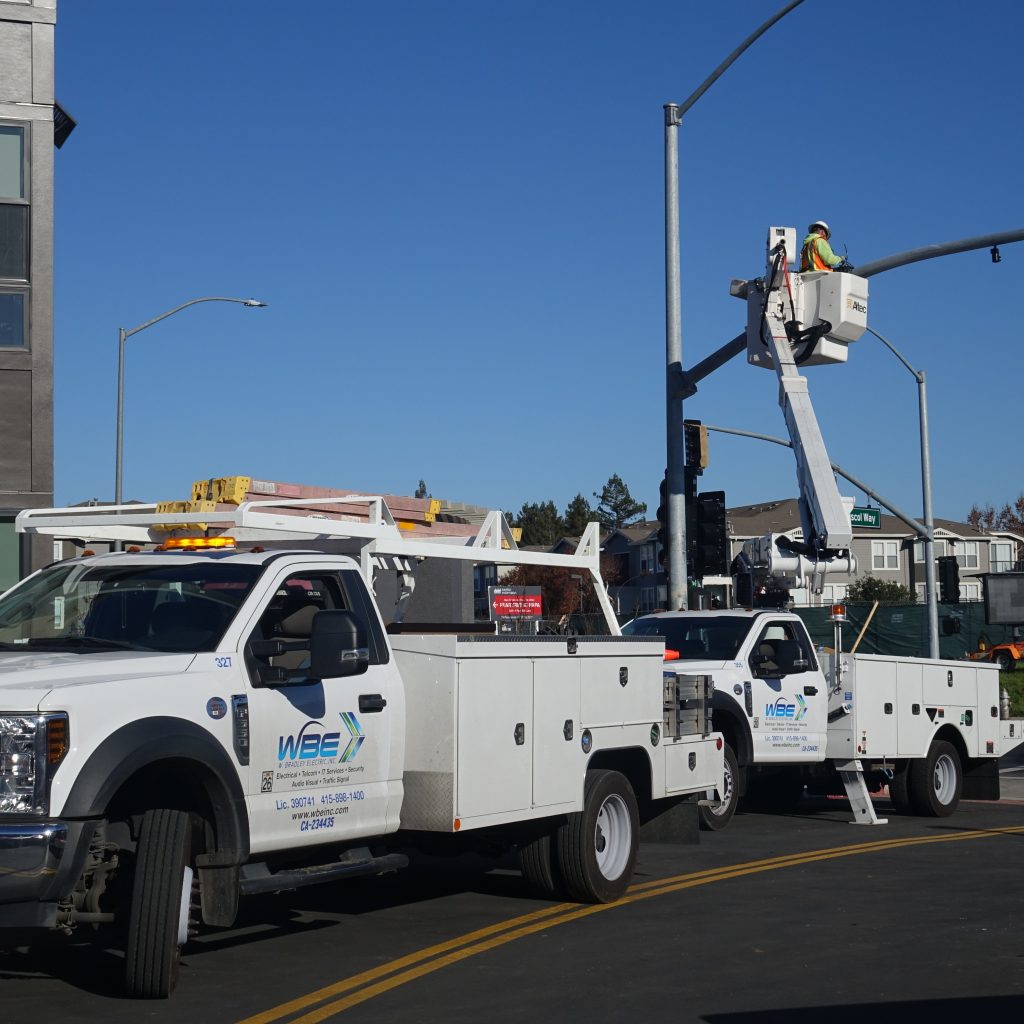 What It Takes to Install a Traffic Signal

What do exploding gas lamps and semaphore arms have in common with 21st-century traffic lights? As you might have guessed, all three try to deal with the problem of who goes first at a crowded intersection. The first recorded traffic lights were waving semaphore arms designed to control traffic outside the British Houses of Parliament. A policeman took over in the busy Parliament Square at night, waving red and green gas lamps to signal when the carriages should stop and go.

Unfortunately for one unlucky constable, his gas lamps exploded one night. The policeman died, and traffic lights went out of fashion for the next 30 years. Fortunately for modern-day commuters, traffic signals have come a long way since then. But, there are plenty of other hazards and complexities involved in installing and maintaining traffic and street lighting in the United States today.

What does traffic and street lighting encompass?

WBE’s Traffic Teams work with the California Dept of Transportation, Pacific Gas & Electric, and a host of private companies to design, install and maintain:

There is much more technology being fitted onto traffic and street lights nowadays. And as more cities move towards smart solutions for traffic control and safety, these systems are becoming more complicated to install. Streetlights can be fitted with motion sensors so they can save power by dimming when there’s no movement and brightening when someone comes along.

At the moment, CCTV cameras, mics and traffic sensors are primarily controlled through fiber, but cities are now installing Bluetooth to help them become even more responsive to traffic conditions. For example, a traffic signal might stay red for a certain amount of time during a lull but would change far more quickly when the evening rush hour starts.

It’s a bit like Spaghetti Junction under big-city roads and sidewalks — there’s an enormous amount of utilities buried underground.

So, whenever WBE traffic engineers work on existing traffic lights or install new ones, the first thing they do is call in 811 USA North to utility locate and check any available as-built utility plans the city or client may have. Sometimes you still have to dig down underground to check where everything is and plan a pathway for your conduit and pipes.

There are two methods for conduit installation. The first is rock wheel trenching, where a machine that looks like a giant saw cuts into the asphalt to form a long, narrow trench. Then it’s a matter of laying the pipe in the channel and filling it in again. The second method is called directional boring. As the name suggests, that means drilling a pathway underground around the existing utilities and pulling the conduit through that. Then the fiber and electricity cables are blown or pulled through. Next come the rebar cages for new traffic light foundations, installing the enormous poles and pouring new asphalt or concrete to reinstate the road surface.

When the poles are up, WBE teams install the traffic detectors and mount all the cameras, lights, signs and sensors that are part of most modern traffic systems in the US. Next, they install all the wiring needed for every piece of equipment and terminate it back to the controller cabinet. This specialized computer analyzes the traffic and pedestrian flow data and changes the lights accordingly. The more lights, sensors, and cameras at the intersection, the more complicated the cabinet wiring becomes.

Lighting up stadiums, parks and bridges

WBE’s traffic division also installs the big banks of lights around sports stadiums, parks and parking lots. The poles are taller — up to 80 ft. high — and so are the cranes that help install them. Marin says that trenching is easier because you often dig through dirt rather than asphalt. On the other hand, putting in the wiring isn’t the job for anyone who’s even slightly scared of heights.

Working on bridge projects brings its own set of challenges.

Marin says, “With those types of projects, you work at one end for a couple of months and then you have to wait until the other half of the bridge is built. So, you have to come back a year later and try and pick up where you left off. Sometimes, that’s a challenge, especially if you’ve had a change in foremen in the meantime.”

“It’s a highly choreographed dance that you have to deal with,” says Wolf. “With limited manpower and the supply and equipment challenges we’ve had (during the pandemic). “But, we’ve all banded together and found a way to get it done successfully. So it’s kind of a feather in our hat for that.”

Public safety and worker health and safety are paramount as the dangers of working in traffic are real and unpredictable. Wolf explains that there are strict safety controls around road works. For example, you have to use the exact number of traffic cones specified in the regulations, and you can be sure that someone will count them and report in if you haven’t got the right amount.

All WBE Foreman and Laborers in the Traffic division have been Certified through the ATSSA (The American Traffic Safety Service Association) as Traffic Control Technicians and have been certified in rigging.

WBE takes care of the traffic enclosures for smaller jobs, but when working on the freeways, they contract traffic control to specialist firms who have the crash cushions and extra safety gear that you don’t need on a city street.

Working in the traffic sector has its dangers and difficulties, but customers know they can rely on WBE to get the job done efficiently, often with the added advantage of bringing other WBE divisions on board.

Telcom, for example, often works alongside and electricians do the connections and terminations. It saves customers time and paperwork being able to deal with one company. Wolf explains WBE takes great care of the cities and their private sector clients.

“We’ve gained their trust (with our work ethic and high standards), and that’s why they come back to us time and again.

Some firms just want to hurry through the job (and get onto the next one), but WBE makes time to care for their customers. We’re all about building relationships, and that’s what sets us apart.” 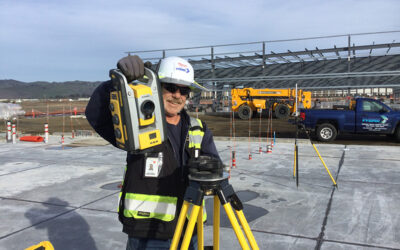 Buying a Trimble Robotic Total Station made perfect sense to BIM manager Kemal Masnopita, and the lucky WBE field crew who use WBE's latest purchase are delighted with their results. "I am sure the other foremen are gonna love it. After they train and start...

END_OF_DOCUMENT_TOKEN_TO_BE_REPLACED 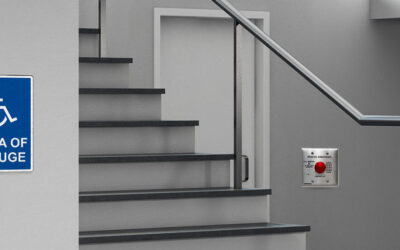 Areas of Refuge Protect your building’s occupants by planning areas of refuge. An area of refuge is a specially designed “waiting room” to safeguard individuals who can’t safely exit the building during an emergency.  At WBE, we support your efforts to keep...

END_OF_DOCUMENT_TOKEN_TO_BE_REPLACED

Newcomers to the San Francisco Bay Area might be astounded to learn that there are over 200 biotechnology companies in the region – the largest cluster anywhere on Earth. These vast facilities, full of delicate machinery and intricate processes, create...

END_OF_DOCUMENT_TOKEN_TO_BE_REPLACED

Buying a Trimble Robotic Total Station made perfect sense to BIM manager Kemal Masnopita, and the lucky WBE field crew who use WBE's latest purchase are delighted with their results. "I am sure the other foremen are gonna love it. After they train and start...

END_OF_DOCUMENT_TOKEN_TO_BE_REPLACED

Areas of Refuge Protect your building’s occupants by planning areas of refuge. An area of refuge is a specially designed “waiting room” to safeguard individuals who can’t safely exit the building during an emergency.  At WBE, we support your efforts to keep...

END_OF_DOCUMENT_TOKEN_TO_BE_REPLACED

Newcomers to the San Francisco Bay Area might be astounded to learn that there are over 200 biotechnology companies in the region – the largest cluster anywhere on Earth. These vast facilities, full of delicate machinery and intricate processes, create...