WBE and LaborChart Reinvent the Whiteboard 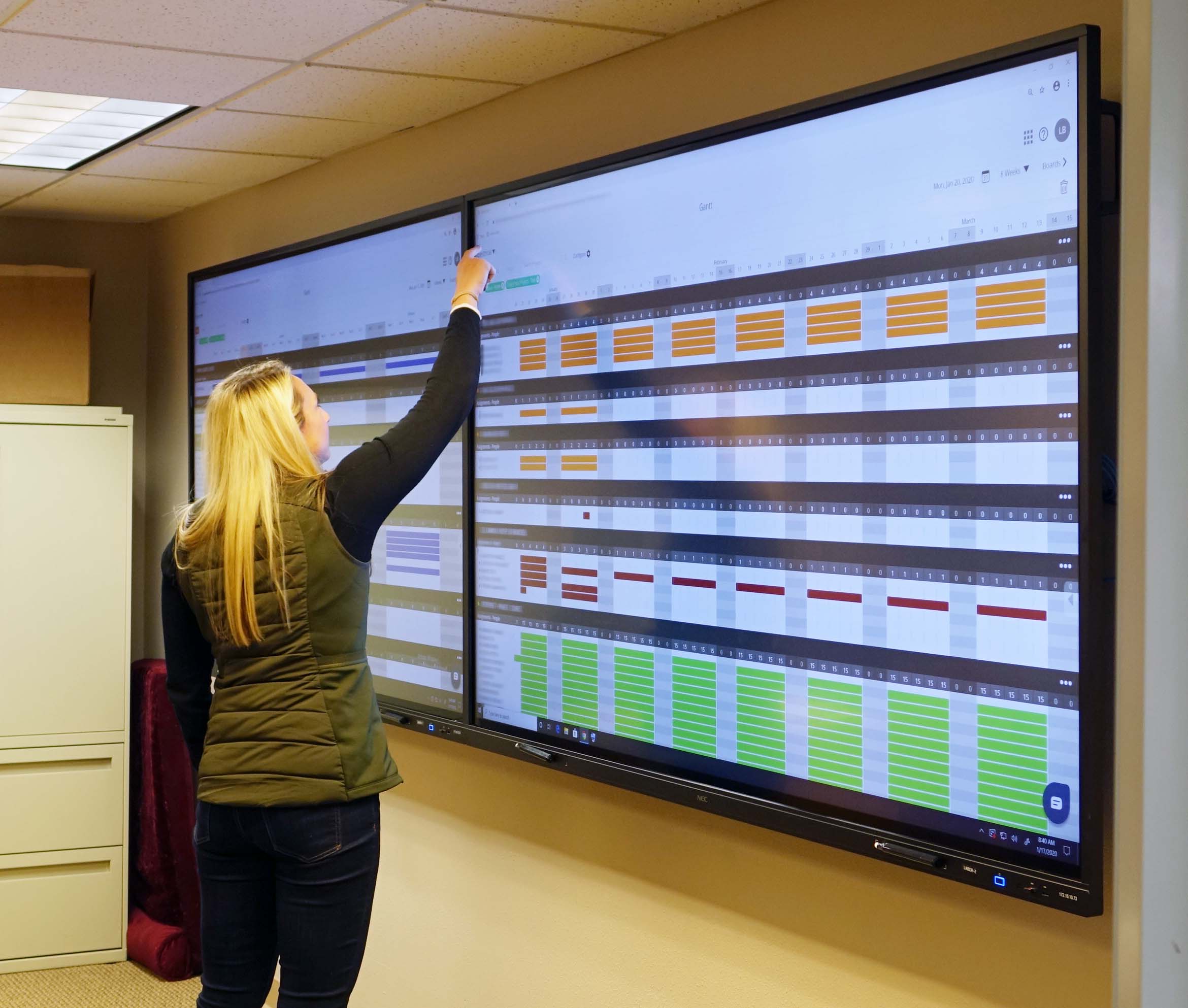 Liz Hartmann would look at the two floor-to-ceiling whiteboards every day and know there had to be a better way to manage the labor force at W. Bradley Electric, Inc. “You’re moving week-to-week and it’s difficult,” Hartmann says. “And then we never had the visual to project out past four weeks.”

Hartmann, who has been the Vice President of Field Operations for W. Bradley Electric (WBE), for nearly a decade, was managing union workers with travel restrictions, projects with extended timelines and laborers across multiple divisions. And she worried that manually adding and removing people were mistakes waiting to happen. She wanted to cut down on human error without hampering the ability of her team to make daily project decisions. She needed a digital, moile platform that wasn’t stuck to a wall.

Everybody knows construction is the last industry to take on technology. But when you have software like LaborChart that takes away the fear of change, it’s really easy to bring it into your company. – Liz Hartmann, VP of Field Operations

W. Bradley Electric, Inc. revamped its workforce management approach by changing how project information was collected and updated. WBE integrated LaborChart with Spectrum, the construction accounting software, to track labor and project timelines and the mix of skill sets and wages on a given project. Project updates, which used to take a minimum of three emails across departments, were now updated automatically three times a day.

After overhauling data collection, Hartmann replaced the whiteboards with a pair of touchscreens. “People come into the office now and they want to see the board,” Hartmann says. “And with the visuals in LaborChart, you’re no longer going to have human error in scheduling because you’re going to see the conflict in the schedule.”

WBE uses on of the screens for assignments and project requests. The other is broken out by the manpower assigned to each division. Hartmann also uses LaborChart’s ability to present different views based on permissions, making sure project managers can see information relevant to their projects without being able to rearrange the entire schedule.

With LaborChart, I know no matter where I am I can get people the information they need. I have the ability to do my job from anywhere. – Liz Hartmann, VP of Field Operations

Hartmann still remembers when she got the call on the weekend, asking if she could find out who lives in Windsor, California. In November 2019, wildfires were raging across Windsor and WBE had employees and families who lived in the city 40 miles northwest of San Francisco.

Without going into the office, Hartmann pulled up the names in LaborChart on her tablet and was able to send text messages to employees and make sure they were safe. Critical information being available in moments of potential crisis — thankfully everyone was safe — and the ability to communicate that information is a hallmark of how WBE manages its workforce.

In the office, Hartmann was pleased with how quickly her team adapted to the new digital touchscreens. She thinks, in part, it’s because she was able to replicate WBE’s original color-coding system for projects and project managers. “It looks like the old system; but it’s better and mobile,” Hartmann says.

The new boards have also further opened the lines of communication between the office and the field. Teams can now see the next 16 weeks for a project. “The field has never been able to see the board because it was a hard board in our office,” Hartmann says. “A foreman can now see the labor and where it is at all times.”

Hartmann interacts directly with her teams in the field because LaborChart lets her take the job board to the project site. “I used to get stressed about being in the field because of the amount of phone calls that would come in for scheduling,” Hartmann says. “But now, I can be mobile and just pull up whatever I need on my iPad.”

LaborChart proves to be essential for workforce management during COVID-19

COVID-19 changed the world, and contractors were hit hard by the impact. Coronavirus, like other crises the industry has endured, required contractors to adapt to a rapidly shifting commercial landscape, develop new safety protocols and reinvent processes...